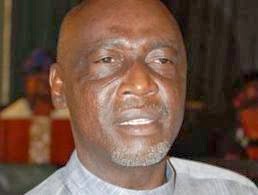 The Minister of Interior, Abba Moro has said that he would not resign over the Nigerian Immigration Service (NIS) recruitment test which claimed about 16 lives and left several others injured.

The Minister who spoke on a radio programme Monday morning in Abuja said resigning from office would amount to walking away from the problem.

He stated this amidst numerous calls for his resignation and that of the Comptroller General of the Nigerian Immigration Service, David Parradang over the shoddy arrangements which led to chaos in most recruitment centers.

He said a panel of eminent personalities would be set up to investigate the incidents and sympathize with the families of the victims of the job seekers.

Meanwhile, a reliable source at the Presidential Villa indicated that the Minister of Interior, Abba Moro, and the Comptroller General of the Nigeria Immigration Service, David Parradang, have been summoned over the death of no fewer than 16 persons during Saturday’s aptitude test for employment by the NIS.

Culled from Frontier News
Posted by Unknown at 14:10